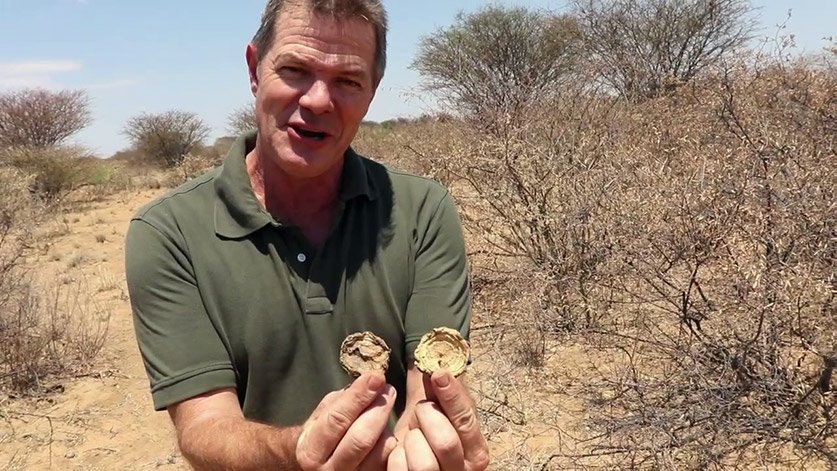 As weird names for exotic fruit go, “Snot Apple” ranks right up there with the weirdest of them all. It certainly doesn’t have you rushing to grab a fruit and eat it. But its other common name, the “African Chewing Gum tree”, gives a more accurate description of what this fruit is like to eat. […]

In October, the streets of Zimbabwe’s capital city, Harare, are a riot of purple blossom from the spectacular jacaranda tree. In this episode, Gus, the African Plant Hunter, takes us to the site of the very first jacaranda tree in Harare. Introduced to Zimbabwe in the 1890s, the jacaranda is native to Mina Gerais in […]

A Short Walk in the Matobo Hills

The Matobo Hills are one of Zimbabwe’s top attractions. A UNESCO World Heritage site, the hills are known for their stunning scenery and dramatic rock art. In this episode, Gus, the African Plant Hunter, takes us on a walk up to the Silozwane cave. A perfect introduction to the area for newcomers, and a soothing […]

Tree #45 Historic Trees of Zimbabwe – The Fossil Trees of Detema

Conifers, in Africa? Surely not! But wait, these aren’t ordinary trees. These are fossilised trees, and they’re 200 million years old! Join Gus, the African Plant Hunter, on his visit to Detema Dam in the iconic, elephant-filled Hwange National Park to track down Tree #45 in Lyn Mullin’s book, Historic Trees of Zimbabwe.